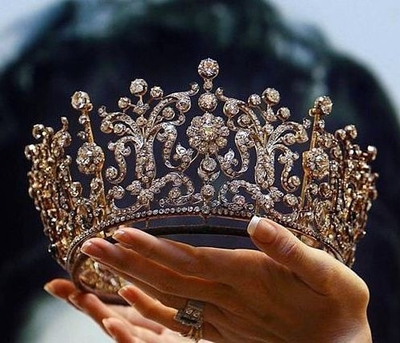 We all have a purpose and calling to fulfil here on the earth.. God has specifically anointed us to do His chosen work for us. In the Body of Christ, we all have different gifts and functions individually in order for us to work effectively together as a whole body together, for edification and to also help those in need who are lost.

Ephesians 2:10 – For we are his workmanship, created in Christ Jesus for good works, which God prepared beforehand, that we should walk in them.

Romans 12:4-5 – For just as each of us has one body with many members, and these members do not all have the same function, so in Christ we, though many, form one body, and each member belongs to all the others.

If you have not already read the book of Esther, I would encourage you to do so. It’s such an amazing book. About a young woman who was chosen by God to be queen and save her people.
Here is a list of main gifts and characteristics of Esther that I find.

1. A woman who is blessed and highly favoured

Esther 2:17 – The king loved Esther more than all the other women and she won grace and favour in his sight.

Esther 2:7 – The young woman had a beautiful figure and was lovely to look at.


Esther was blessed with much beauty on the inside and the outside. She had a wonderful spirit, and the spirit of uncommon favour was upon her, which drew others to her. She found favour in the sight of many who saw her.
God will often greatly bless and place uncommon favour upon you in order to position you to fulfil His purposes in your life. Uncommon favour causes doors of opportunity and greatness to open for you, it causes people to admire you and bring you further into God’s will.
Many people reading this will have uncommon favour in order to carry out the calling of God on your life in excellence.

2. A woman of prayer and fasting

Esther 4:16 – Gather all the jews to be found in Susa and hold a fast on my behalf. Do not eat or drink for three days, night or day. I and my young women will fast as you do.

Within the time of trouble and threat, Esther knew and understood the power of prayer and fasting. She was about to take a dangerous move by going into the King’s presence without being called, which could end up getting her killed. She knew that she needed God’s intervention in this crucial time.

According to Isaiah 58, fasting also breaks the bonds of wickedness.

Isaiah 58:6 – Is not the fast I have chosen, to loose the bands of wickedness. To undo the heavy burdens and to let the oppressed go free, and to break every yoke?

Fasting breaks chains and brings forth deliverance. In this time throughout Esther’s story, the Jews needed the chains and plans of the enemy to break, that they may be set free.
You also may be going through something where you need God to intervene.. you may also have been called into a ministry to help those who are oppressed. Whatever the case may be, we as believers should make fasting and prayer a lifestyle. As Jesus Himself, did so too throughout His time here on earth.

3. A woman of boldness and bravery

Esther took a bold move, and was willing to risk her life in order to act and speak on the behalf of her people. Many of us have been called by God to do something that we may not be comfortable in. But God’s grace can carry us through. This is also why we must depend on Him fully, because when we are weak, He is strong. He wants to get the glory out of our lives, which means stepping out of our comfort zone sometimes. This causes us to grow in so many ways and to trust Him more.

I’m sure you may be able to relate in some way that you may feel out of your comfort zone, but stay strong and hopeful! The Lord carries you and strengthens you in every way.
Walk in the boldness and bravery that He has set for you.

4. A woman who had been positioned

Esther 4:14 – Who knows whether you have not come into the kingdom for such a time as this?

God is intentional always. His timing may be completely different to ours.. but He knows when its right.
It is not a coincidence that Esther, a jewish young woman was positioned to be queen in the palace at such a time. God positions us at certain times and certain places because the things that He has placed within us will enable His will and purposes to be carried out in particular situations.
It’s no mistake that you are here at this time, in this season. You have been anointed for something special for this particular time and generation.

5. A woman who had a heart for her people

In Esther 7, Queen Esther speaks to the King on the behalf of her people.
She wasn’t selfish, but she wanted to help the people that she was called to. She put people before her own self. As believers we too should do the same, love others as we love ourselves. Not to be lovers of our own interests, but looking out for the interest of others.

God has called you to a specific ministry, with the gifts and talents and dreams that you have. How can that help people around the world?
There is so much greatness stored inside of every single one of us, let us allow God to have His way and use us for His glory!

Thank you so much for reading,
God bless,

You may also enjoy: